Fibromyalgia is a “diagnosis of exclusion”, meaning it can only be diagnosed when all other conditions which may mimic the symptoms are ruled out. The unfortunate fact is many fibromyalgia patients do not have the thorough laboratory work-up required to rule out all other possible conditions. And in the case that your doctor or rheumatologist thought to test you for Lyme disease, it quite likely came back negative and was dismissed as a diagnosis. This is because it is actually very hard to test positive on the Lyme disease tests in Canada, causing many health-care professionals to dismiss it as a possibility based on a negative test result.

In the United States it has been found that approximately 40% of people with known Lyme disease (due to the presence of the classic erythema migrans rash) test negative on the ELISA testing due to insensitivity of the test. The western blot testing has been found to be more likely to show a “positive” test, however it is only run if the patient initially tests positive on the ELISA testing. Additionally, there are a number of different strains of the Lyme Borrelia burgdorferi bacteria (including B. afzelii and B. garinii) which someone can be infected with, but which are not tested for through conventional testing methods.

The flaws in our testing methods leaves Canadians with fibromyalgia or suspected Lyme disease in quite the predicament. Not only do very few health-care professionals know how to properly differentiate between fibromyalgia and Lyme disease — but they are also unaware of the down-falls of conventional testing in obtaining a Lyme disease diagnosis. It forces many patients with chronic pain and fatigue to travel to other countries, such as the United States or Germany, for additional testing and treatment. In the mean-time, this leaves many people with truly debilitating symptoms without concrete answers or an accurate diagnosis, and even more individuals with little-to-no symptom relief from their chronic pain or fatigue.

Living with fibromyalgia is hard. Some people struggle for years to be diagnosed with fibromyalgia and are sometimes told their symptoms are “all in their head”. However, it is important to address the fact that many people are also wrongly-diagnosed as having fibromyalgia when they actually have another underlying condition such as Lyme disease.

Some of you may be thinking “I have fibromyalgia but have never noticed a tick-bite or seen the classic bulls-eye rash, so there is no way that I have Lyme disease”. Research is finding that only 30-70% of people with true Lyme disease actually see the classic bulls-eye rash, depending on a person’s genetic phenotype. And there have been many cases of people who were completely unaware they were bitten by a tick, but later tested positive for Lyme disease and noticed improvements after antibiotic therapy. 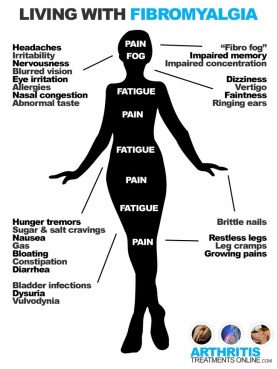 According to the American College of Rheumatology (ACR), an individual can be diagnosed with fibromyalgia if they experience widespread pain, pathological fatigue, wake unrefreshed and experience cognitive issues for at least 3 months, and are not explained by another pre-existing health condition.

In 2011 the ACR came up with new guidelines based on a symptom questionnaire to replace the old tender-point method for diagnosing fibromyalgia. Though the new criteria for diagnosing fibromyalgia is much more accurate than the old tender-point method, the symptoms of fibromyalgia remain very similar to Lyme disease. This makes it possible, and quite likely, for individuals with undiagnosed Lyme disease to score highly on this questionnaire and be wrongly diagnosed with fibromyalgia. This is an important fact for patients with fibromyalgia and other health-care providers to be aware of.

Early in the disease patients typically experience an acute illness which may be characterized by:

Though these symptoms are the most common symptoms exhibited, not everyone experiences them to a significant degree and individuals may pass-off their symptoms as “the flu”. There have even been cases of people with no early symptoms, so an infection can be easily be missed in these people. It is important to note that in the case that a person exhibits the classic “bulls-eye” rash only, this alone is enough to diagnose someone as being infected with the B. burgdorferi bacteria in Lyme disease.

Other symptoms which can present initially or later in the disease may include:

Though Lyme disease has its own list of possible symptoms, the symptom presentation can significantly vary from person-to-person. This is the same for individuals with fibromyalgia — no two patients have the exact same symptom presentations. This makes diagnosing both conditions very hard, and differentiating between fibromyalgia and Lyme disease also very challenging.

Make sure you are seeing both naturopathic doctors and medical doctors who are knowledgable about both fibromyalgia and Lyme disease. This is especially true if you have been diagnosed with fibromyalgia, but none of the typical treatments are helping. It may be worth seeing someone who can properly rule out Lyme disease as a possible cause of your chronic pain and fatigue. 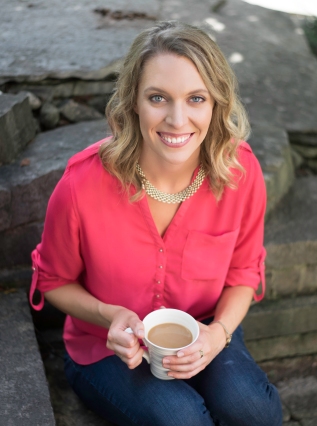 Dr. Noelle is a naturopathic doctor dedicated to providing patients with excellent care and natural solutions for vibrant health and a thriving mind. Noelle has focused her practice in treating patients with chronic pain and chronic fatigue. She integrates standard medical diagnostics with evidence-based natural therapies and enjoys collaborating with other health care professionals to ensure her patients have the best care possible. Noelle has a huge heart for her patients and really wants her patients to feel like they are thriving in life – physically, mentally and emotionally – rather than just surviving.

Noelle is a naturopathic doctor dedicated to providing patients with excellent care and real naturopathic solutions for all their unique health needs.

*Other days/times may be available upon request.

To book an appointment: